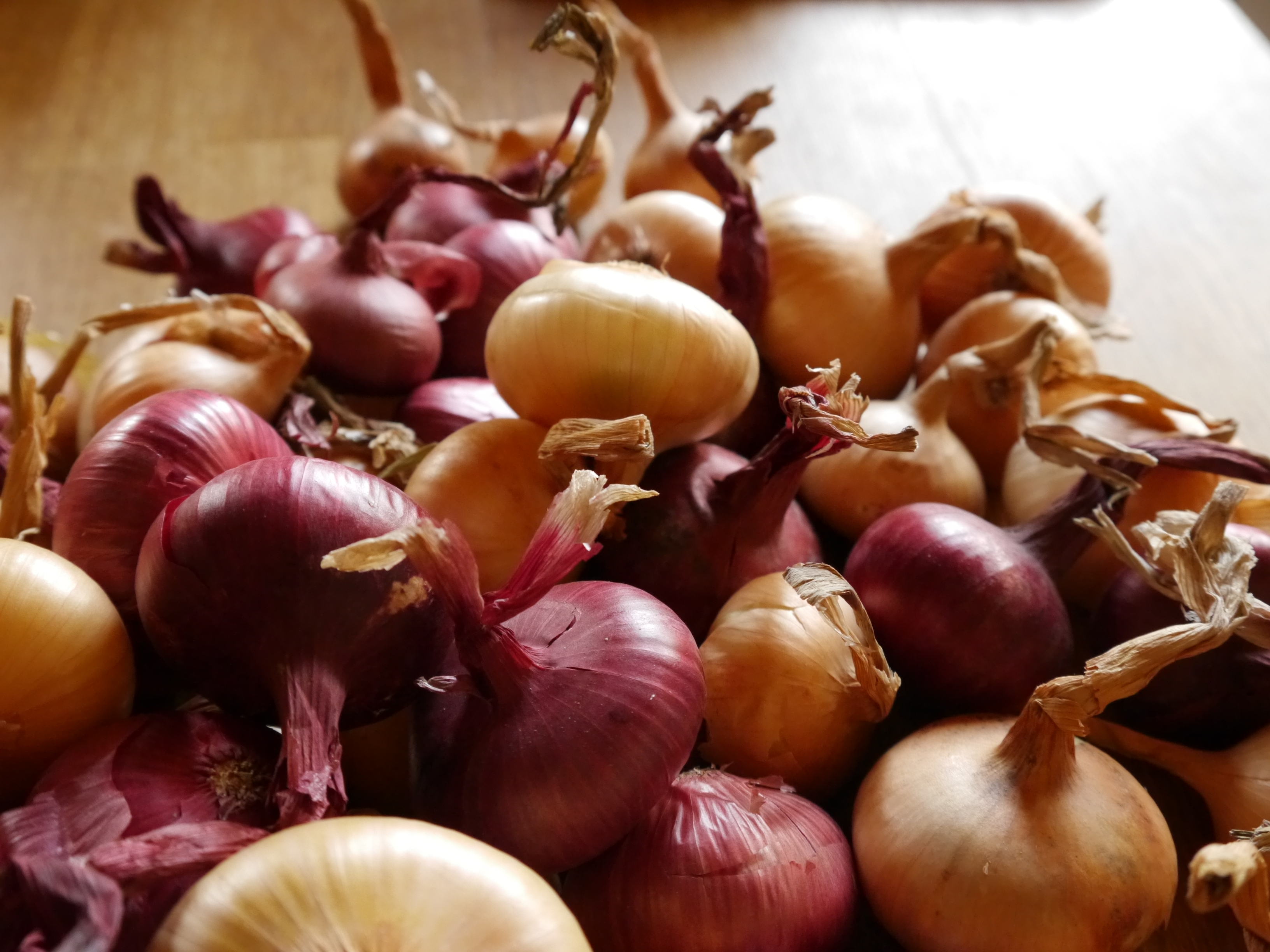 I love the fact that Bern has a traditional market especially celebrating that humble but ubiquitous vegetable, the onion. The Zibelemärit is on Monday, 27 November, this year, and I will go and procure unreasonable amounts of onions so that we can prepare a simple onion soup, the epitome of comfort food. We’ll enjoy it with some amazing, crusty bread, a heart-to-heart about food traditions and nostalgia, and a slice of… onion pie, perhaps?
Update: For the workshop lunch, I decided to make a vegan version of the traditional Zibelekuchen instead of onion soup. A good onion soup takes a while because the onions should be cooked slowly until they are are well caramelized; although not essential, it’s also great to finish it off by topping with a crusty piece of bread and vegan cheese and grilling until everything is nice and bubbly and melty, something we cannot do at the Impact Hub without an oven. So here is a recipe to try at home for a warming, winter meal.

According to the Wikipedia article, onions have been cultivated for at least 7000 years, flavouring many a stew all over the world. Their durability in storage and transport was already noted by the Chinese in 5000 BCE, while the Ancient Egyptians revered the onion bulb, viewing its spherical shape and concentric rings as symbols of eternal life. Onions were used in Egyptian burials, as evidenced by onion traces found in the eye sockets of Ramesses IV.

The most common onions available here in Switzerland are the yellow and red varieties:

White onions are less common here. They have a stronger, more pungent flavour and are used, for example, in Mexican cuisine for salsas.

Onions can be stored in a cool, dark, dry place for several weeks.

When chopped, onions release a volatile gas called syn-propanethial-S-oxide as a defensive reaction. This gas causes a stinging sensation or tears in the eyes of people nearby. I have seen several proposed “solutions” to this problem, such as cooling the onions before chopping, chopping under running water, or wearing swimming goggles (!), but I personally find that I can generally stand the mild irritation, and that I have gotten used to it with time.

Shallots, leeks and garlic are closely related species in the Allium genus which are also wonderful flavour enhancers. Use mild-flavoured shallots raw in salads or roasted, add a leek to your soup (save the dark green part for making your own stock), sprinkle chives on salads or dips, and garlic… well, put it in everything 😉 I like garlic so much that it merits its own workshop.

Red onions, shallots or spring onions are milder in flavour and therefore well-suited for raw consumption, although regular yellow onions are certainly also edible raw, especially the sweeter varieties. If you find the flavour too pungent, chop them up and marinate them in lemon juice, vinegar or water for a 5-10 minutes before using. Try them in salads, sandwiches, wraps, raw sauces, etc.

Pickling is a broad term for preserving food by fermenting in brine, as we discussed last week, or by immersing in vinegar. This week I want to mention “refrigeration pickles”, which are unfermented vegetables marinated in a seasoned vinegar solution and then stored in the fridge. They can last several weeks, but for longer term storage, the ingredients should all be sterilized as in the case of commercial pickles and cans.
Quick-pickled onions are very easy to make and a delicious condiment for a variety of dishes — try them in a burger or sandwich for a spike of flavour!

Onions form the flavour base of most of our soups, stews, sauces, etc. In general, they are first sautéed in a bit of oil until soft and translucent before adding further ingredients. If you don’t want the onions to start caramelizing during this process, add a little salt, which will make the onions sweat out some liquid, preventing browning.

To caramelize onions, all you you need is a little time and patience. Slice the onions in strips, then cook gently over low heat, stirring occasionally, for one to two hours, until the onions are soft, brown and sweet. If you don’t have that much time, do the same process over higher heat, stirring more often, for about 15-20 minutes. The onions won’t be as deeply and evenly caramelized, and some pieces may burn a little, but are still delicious. At the end, season with salt and pepper, if desired. I also often add a splash of balsamic vinegar and a small pinch cinnamon, to balance out the deep, caramel flavours of the onions.

Use caramelized onions to make spreads or dips, such as the caramelized onion hummus below, add to cooked rice or grain pilafs for a new depth of flavour, or pile on top of roasted aubergines, as in this Ottolenghi recipe. When your cupboards are bare and all you have are a couple of sad onions rolling around, try this extremely simple two-ingredient onion tart. All you need are the onions and a roll of vegan puff pastry (Blätterteig in German), available at all Coop and Migros supermarkets.

A classic gets a flavour boost with the addition of caramelized onions. Especially good if you also add some roasted carrots or pumpkin. I use dark tahini from unhulled sesame seeds because of its higher nutritional content, but Middle Eastern recipes often use white tahini which has a milder flavour and smoother texture. Dark tahini is available in Coop (Karma brand), Migros (Alnatura) and in bio stores. White tahini is available in some Coop stores or from the bio Rapunzel brand in some bio stores. 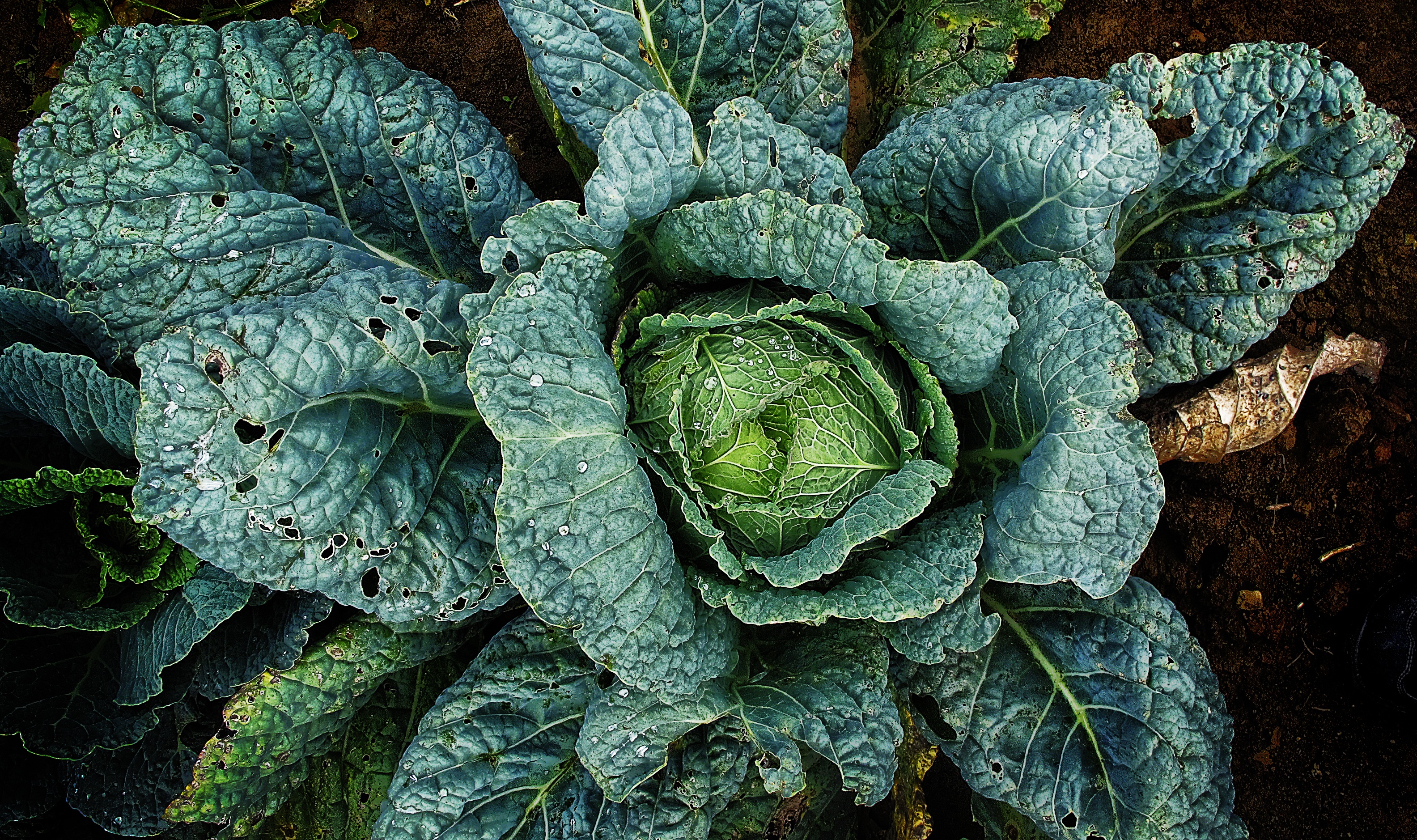 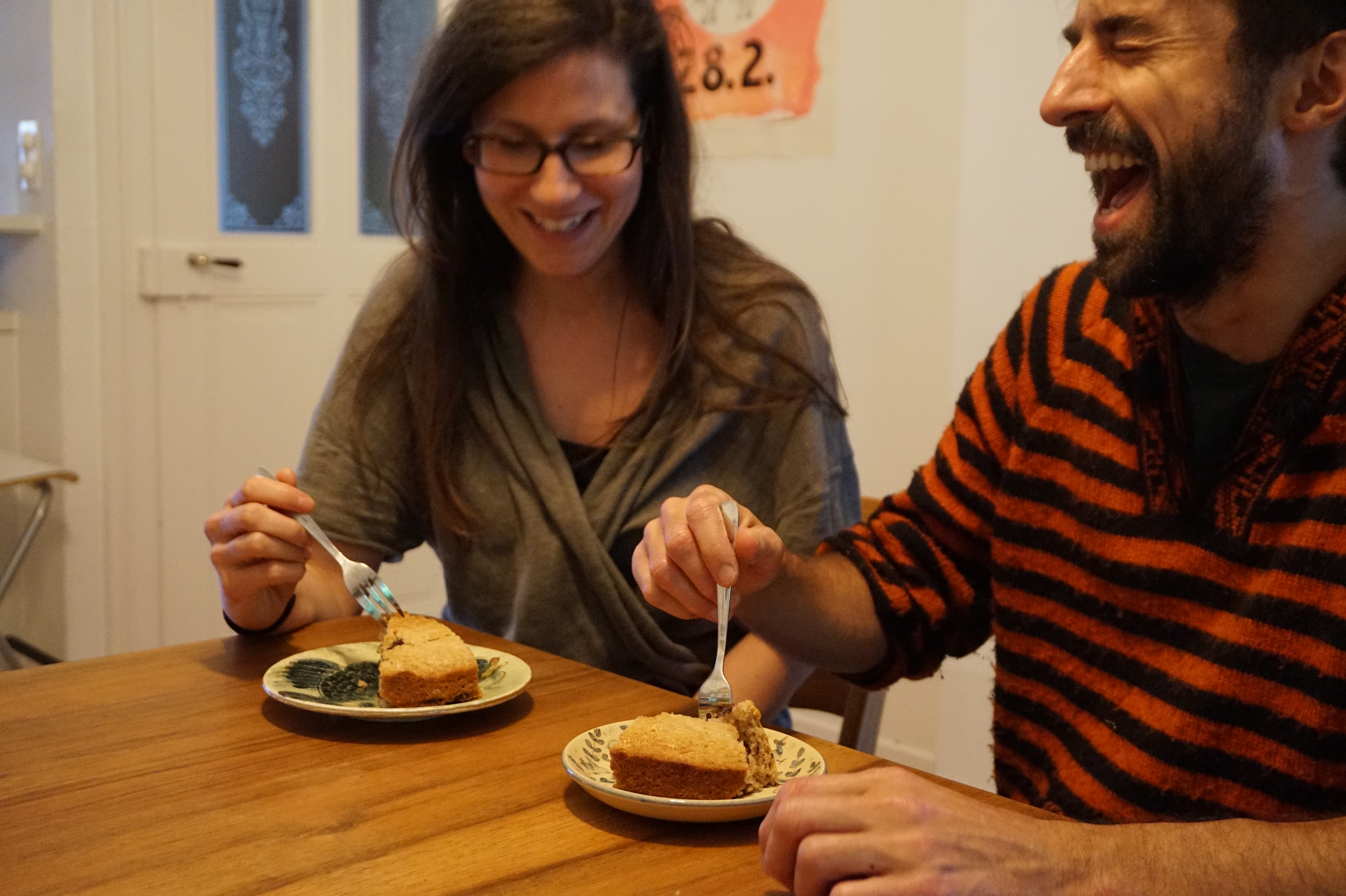 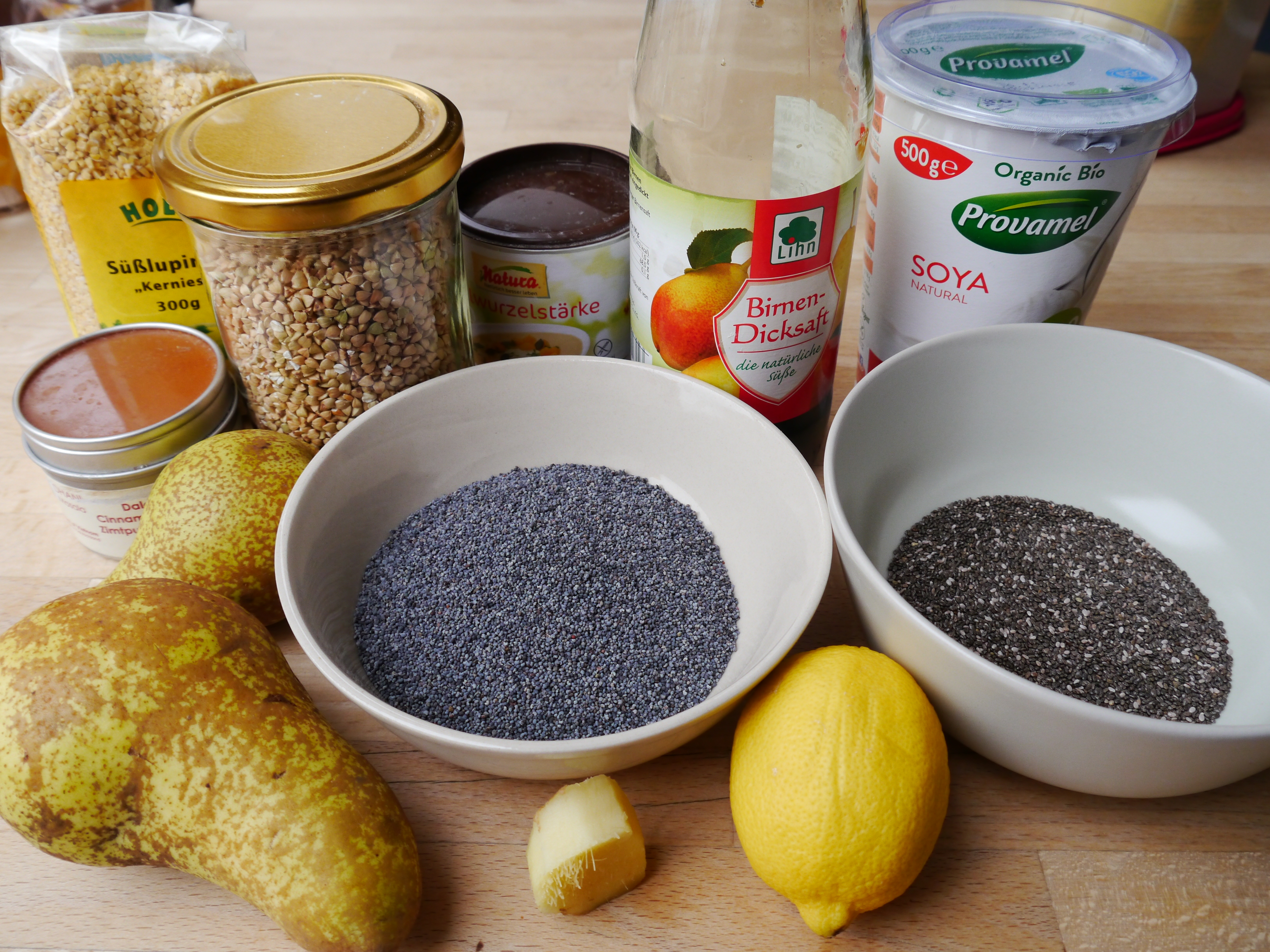