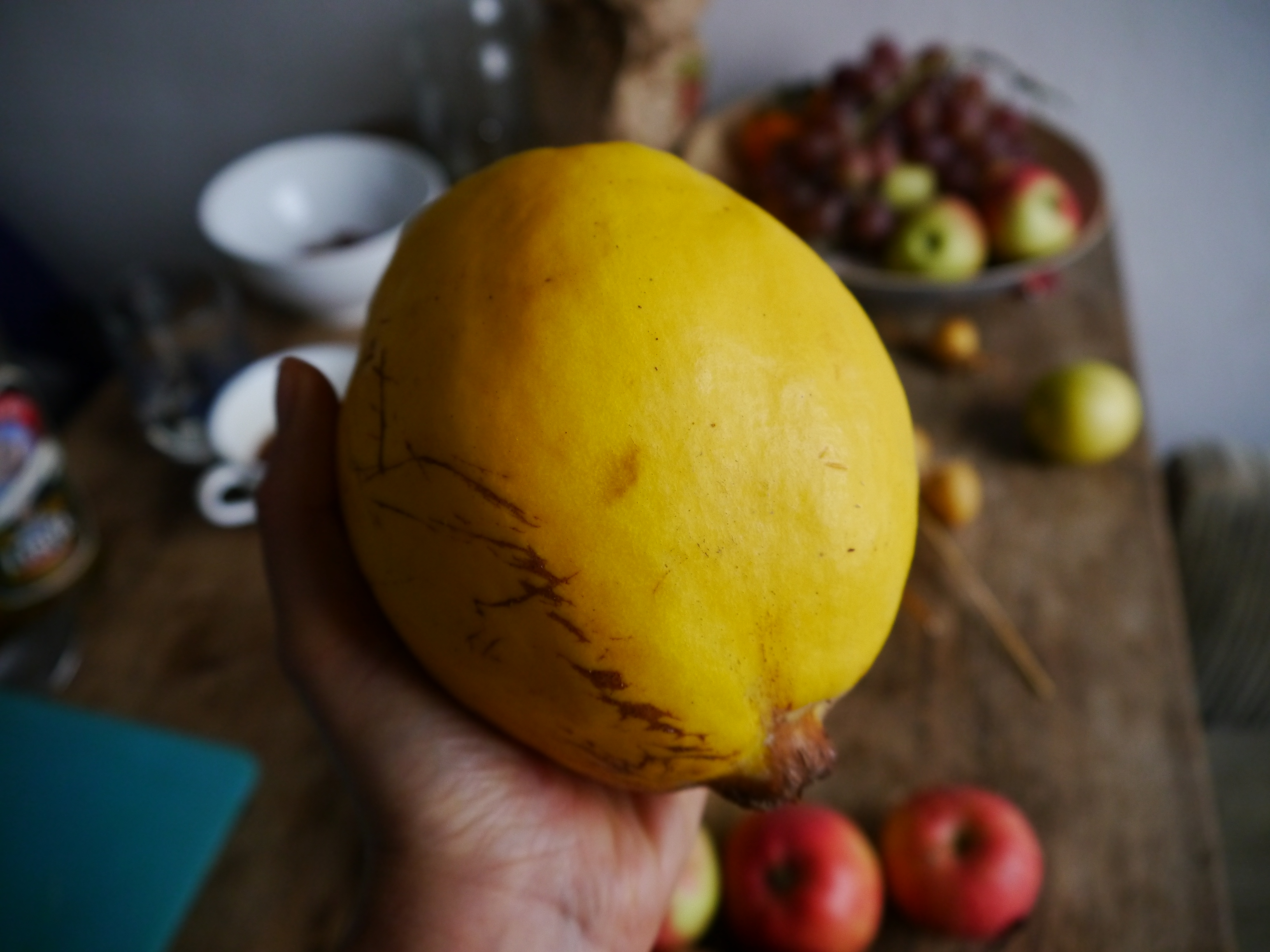 Another autumn, another quince recipe. Last year I went the poached route, this year I decided to try a compote. I thought about jam or jelly, but we don’t actually eat too much of those, so I chose something a bit lighter on the sugar front.

As for the flavour direction: autumn came down fast, dark and heavy this year. The sun has been virtually non-existent and the past few weeks have been all grey, and rain, and cold. People seem to have jumped directly into hearty, warming dishes more reminiscent of winter, forgoing a lighter, brighter transition period. I’m in this mood too, so I decided to make this compote heavy on the warming spices and splashed in a generous glug of nordic Aqvavit that I have lying around from last winter’s Swedish-glogg-making adventures. Aside from the giant, beautiful, bright, fragrant quince I picked up at the market, we also had a big pile of apples and pears lying around so I sweetened the deal with some more seasonal goodness; home-grown bay leaves from a friend’s parents’ garden in Russia; some pale, rosy pepper corns hanging in our kitchen from the previous tenants; a heap of amazing Ceylon cinnamon powder from the market; a generous amount of cardamom; a couple of cloves; and fresh, sliced ginger rounded out the cast. As always, if some ingredients are unavailable, try out your own spice mix.

I don’t have much experience with home-made preserves, and always thought of the jar sterilization as daunting and tedious. This time around I serendipitously stumbled across this handy guide and I am happy to report that the jarring part of this project went quickly and well.

Enjoy this on everything from pancakes to pumpernickel, for breakfast with creamy plain yoghurt or for dessert with ice cream or with cheesecake, pair with savoury dishes or just spoon some directly in your mouth, as I just did. Spiced quince, apple & pear compote
I used a mix of quince, apple and pear here but only quince, or any other combo would probably also be delicious. The pears and apples cook quicker than the quince and fall apart while the quince remains piece-y, which I like. If you prefer a more uniform texture, you can also try grate all the fruit to get a smoother sauce-like compote.
2 kg fruit (I used around 1.2kg quince, 0.6kg apples, 0.2kg pears), cut into about 1cm-thick slices
200g raw cane sugar
300ml water
100ml Aqvavit or other brandy of choice
2 bay leaves
1 teaspoon ground cinnamon or 2 sticks
4 whole cloves
1/2 teaspoon cardamom seeds or 1 teaspoon whole pods
1/2 teaspoon pepper corns: I used some rosa pepper
20g fresh ginger, sliced
4 slices fresh lemon

Before chopping the fruit, assemble the rest of the ingredients in a pot. Peel and core the quince, and as you chop, drop the slices in the water to prevent them from browning. Do the same with the apples and pears (I don’t bother peeling them). Bring to a boil, lower the heat, cover, and simmer for about one hour, stirring occasionally, until everything is nice and soft.

Store in the fridge and devour within a few days or preserve the compote in jars (I followed this guide). 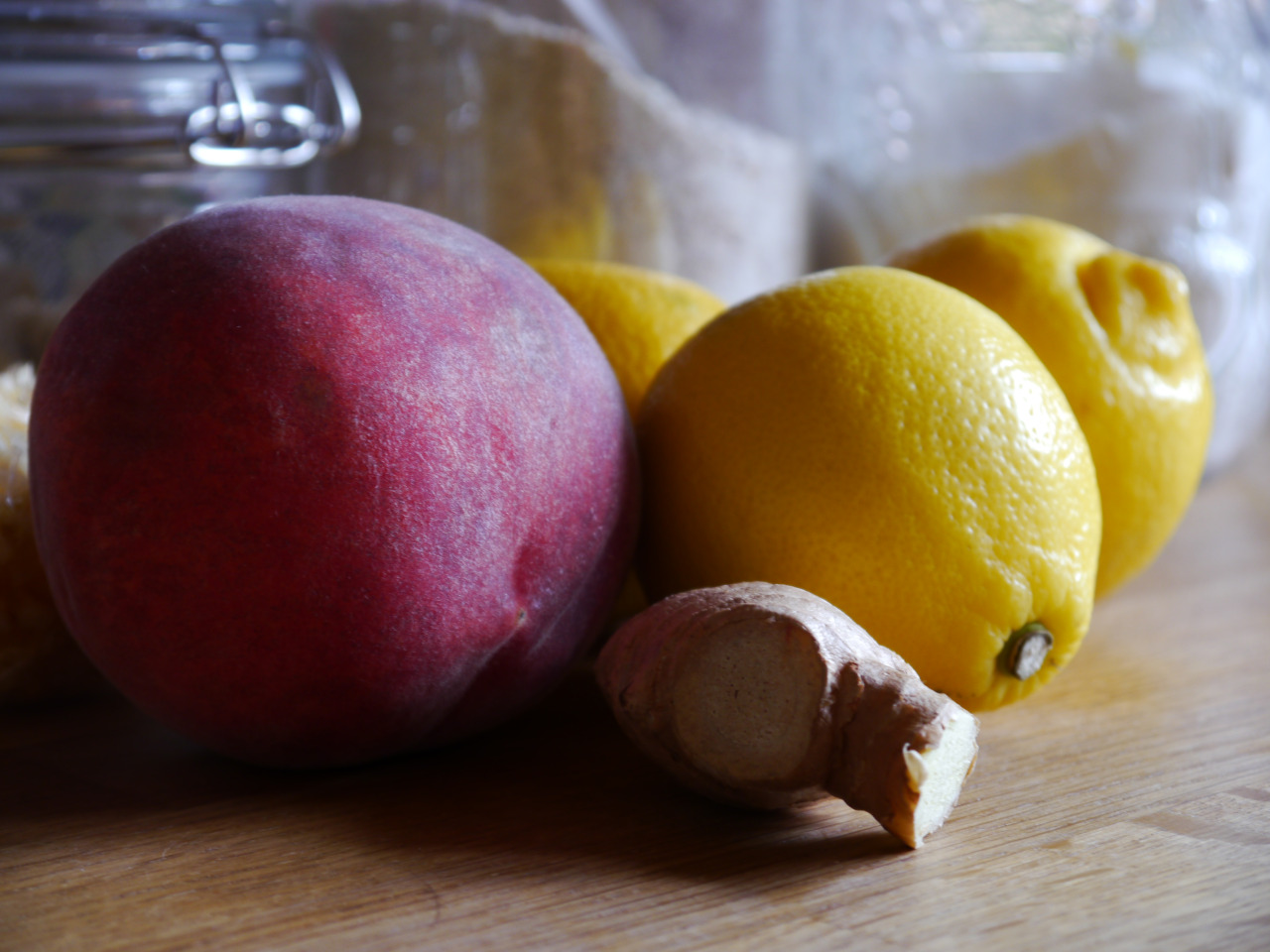 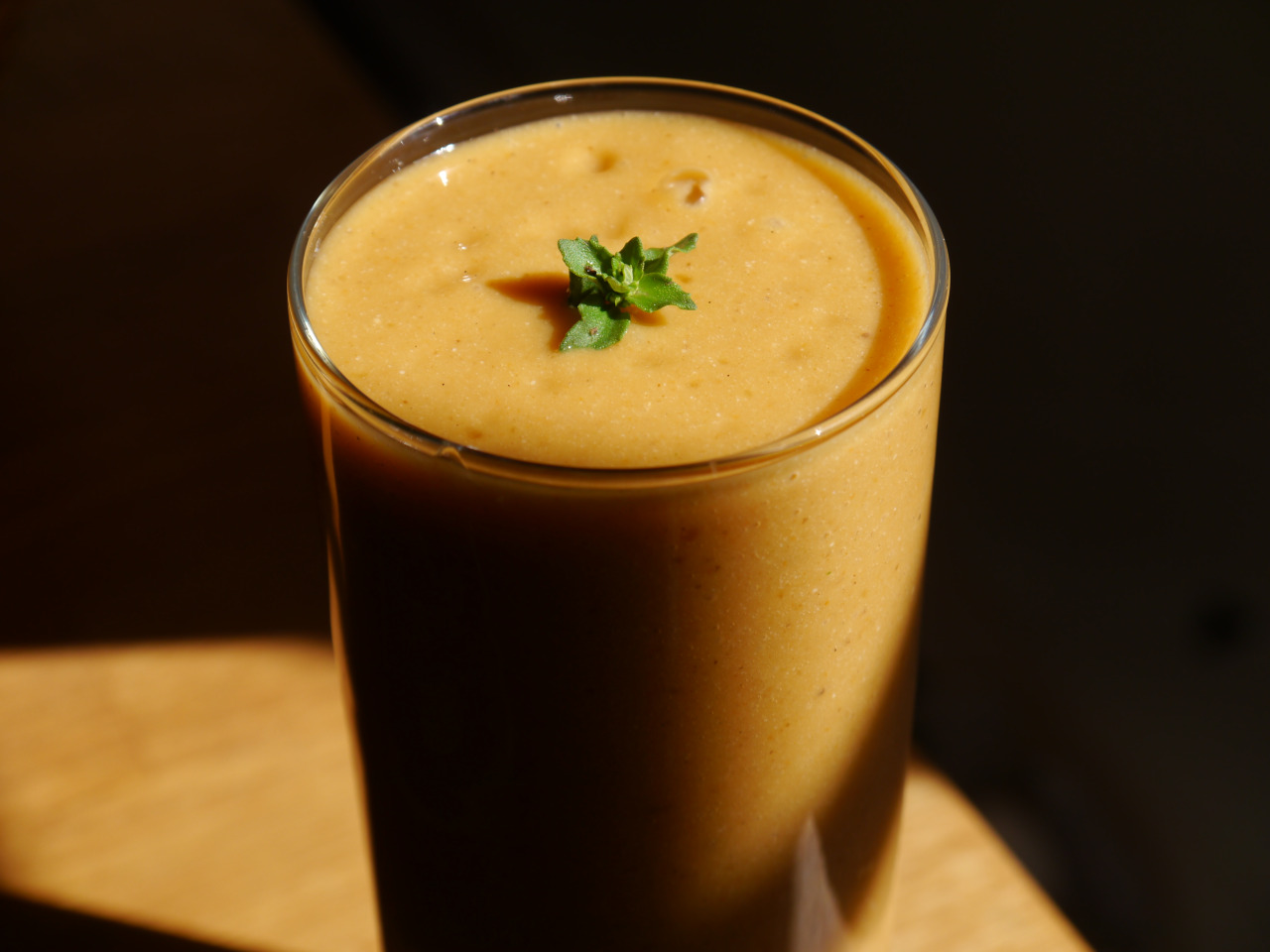 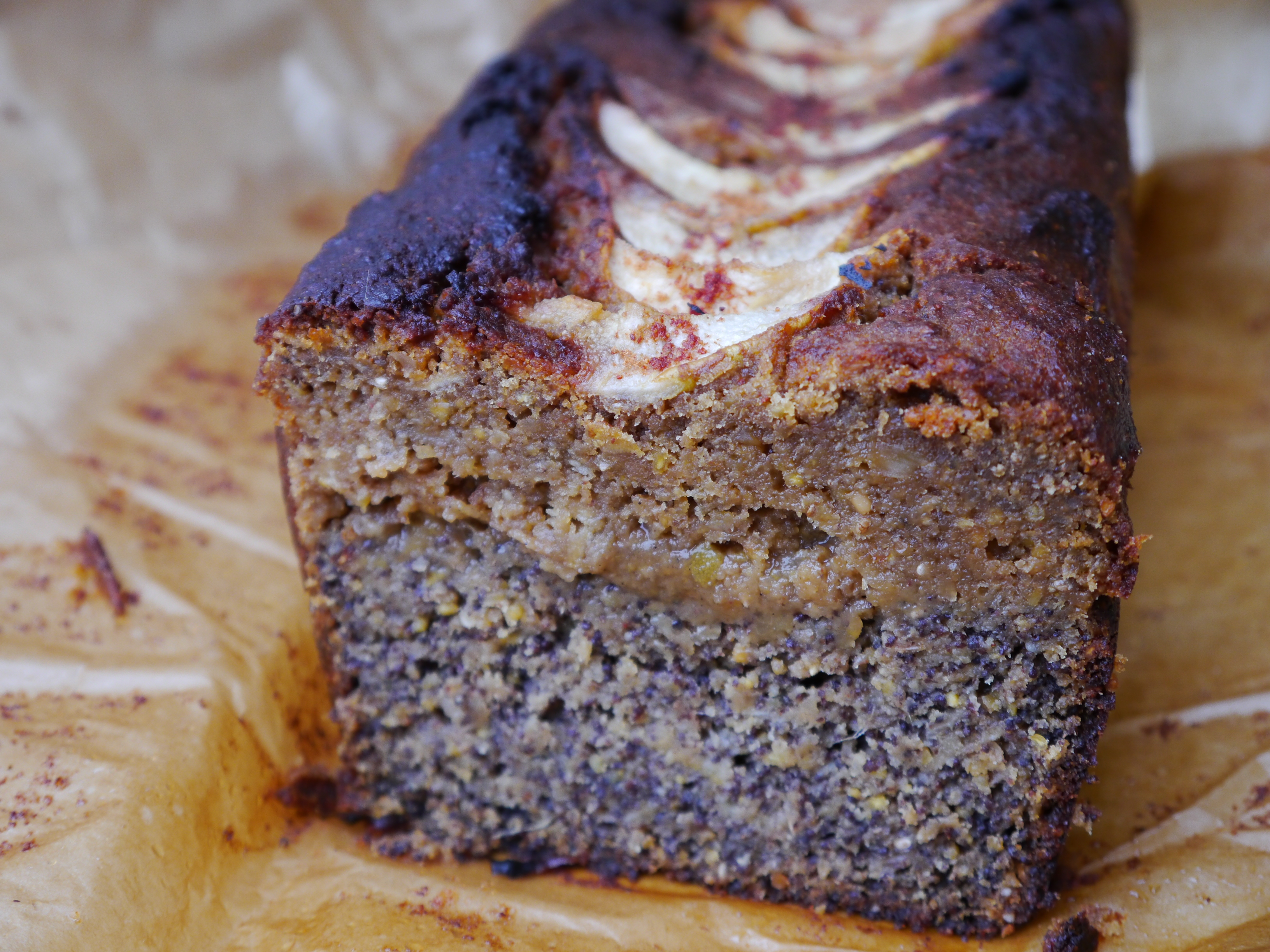